Sean Connery’s Views about His Life, Career and Scotland

by Jameson
Sean Connery was one of the most versatile actors in the entire Hollywood industry. Recently, he died in his sleep leaving behind so many fans, family and friends who mourned his tragic demise. He was out of the movie arena for quite some time but was always admired by movie fans for his charming and... Read More

Why are U-2 jet pilots wearing Garmin satellite navigation smartwatches?

Sean Connery was one of the most versatile actors in the entire Hollywood industry. Recently, he died in his sleep leaving behind so many fans, family and friends who mourned his tragic demise. He was out of the movie arena for quite some time but was always admired by movie fans for his charming and charismatic personality and his dynamic personality. He had a very different approach to life and for him his value, his loyalty towards his background, his past life where he used to live an average life before becoming a celebrity is important. Let’s have a look at some life quotes by Sir Sean Connery:

There is nothing like a challenge to bring out the best in man.

This is one of the facts that successful people around the world agree to and Sean Connery approves it too. People sometimes need the worst situations and challenges to bring out the best qualities and capabilities they have. Many entrepreneurs in the world lookout for new ways and techniques to achieve their goals to outnumber their opponents and for this, they take competition and challenges as a stepping stone and shine in the global arena. For individuals, if you think that your opponent is one of the best people in the world, then you should learn to have a positive view even if you are short on resources and time.

Love may not make the world go round, but I must admit that it makes the ride worthwhile.

Sean Connery believed that love might not be something that is driving the wheel of life but this is something that can give you so many memories that you can cherish, so many people that you can share with and make them happy and keep yourself happy too. The world today lacks people who care about each other, love others and want to spread love around them. The world today needs love and care for each other so that we can put a smile on somebody’s face and create a positive atmosphere throughout the world.

I’m an actor – it’s not brain surgery. If I do my job right, people won’t ask for their money back.

Sir Sean Connery considered his profession to be something that needs a lot of attention to detail to make sure the viewers get entertained. You can find this aspect in many of his movies where he played the most iconic roles in movies like Entrapment, James Bond, Dr. No, From Russia with Love, Goldfinger, Thunderball, You Only Live Twice, Diamonds Are Forever, Never Say Never Again, The Untouchables, Indiana Jones and the Last Crusade and many other characters that made him popular throughout the world. You can watch many of these movies using Spectrum channel packages

If anything could have pulled me out of retirement, it would have been an Indiana Jones film.

I have no shortage of material or offers, it’s just a case of what you select to do. But I think it’s realistic that my chances of playing Romeo are now over.

Sean Connery was one of the most profound actors in the world and he never had any shortage of opportunities or wealth. But he is also a very realistic individual and thinks that his days of getting into relationship roles like the girls and guys of today are long gone. He thinks that an individual’s goals and priorities change as they move to a higher level of age and maturity.

Your background and environment is with you for life. No question about that.

Sean Connery loved Scotland and has been working day in and day out and with all his heart to make sure that he remembers his roots and make them their identity. He has served in the Navy, maybe that’s one of the reasons that he considers being loyal to your homeland, your ancestors, your roots and the environment that one lives in something very important.

When you hear someone from the very north of Scotland speaking, I think its nice, very musical and harmonious. 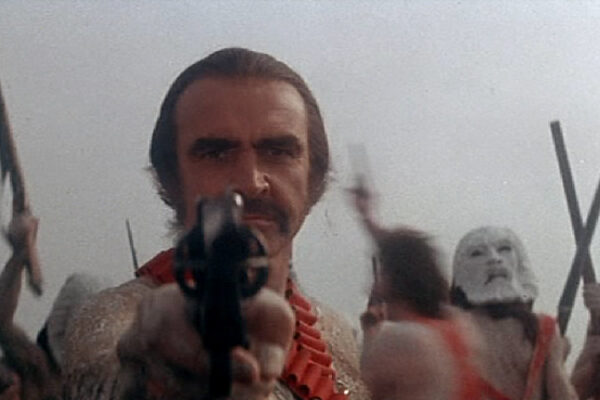 0 Comment
Sean Connery’s Views about His Life, Career and Scotland
Is it Necessary to get a cable box for every TV spectrum?

Send Money to Pakistan – Get Your ...

8 Essential Maintenance Tips For Your Wo...

How To Balance India’s Growing Energy ...

The Future Of Food Technology: Consumer ...